Medical Appeal: No War in Europe! 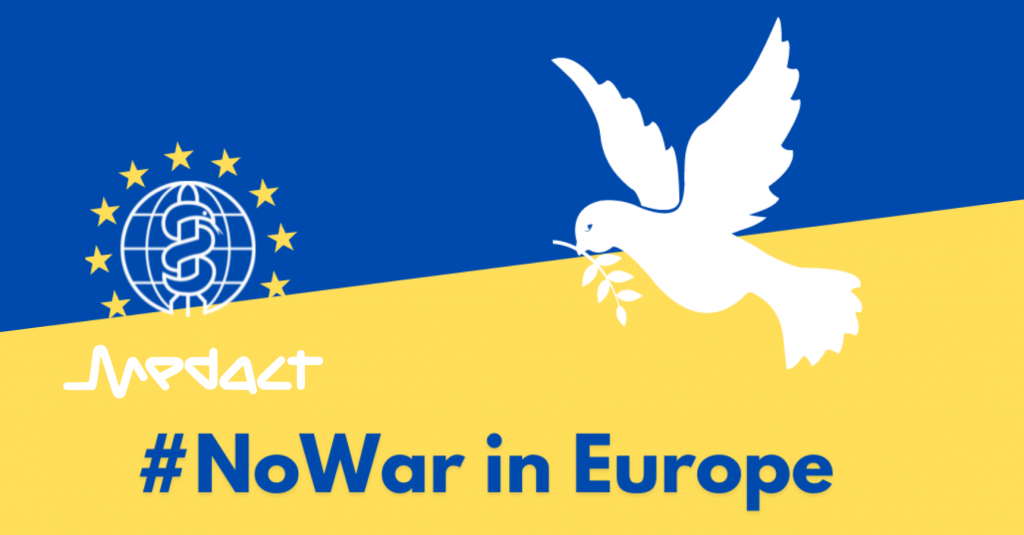 Medical professionals call for diplomacy to avert a humanitarian disaster

Health workers in Europe take their responsibility for preventive action to save lives very seriously. The pandemic has shown how much effort they are prepared to put into this task. Yet another medical emergency is brewing in Europe that must be avoided. If the correct action is taken now, we can avert war – and the humanitarian disaster that it will inevitably bring – by choosing diplomacy over further escalation.

Russia is a part of the European continent and culture. People across Europe had great hopes when the Cold War ended and the Warsaw Pact was dissolved. The promise of a united Europe seemed possible. But NATO was not dissolved and the relationship between Russia on the one side and NATO and the EU on the other has steadily worsened in the last twenty years, reaching an acute stage of antagonism in the last few years, which is extremely worrying.

A complete breakdown of trust in arms control and the withdrawal from treaties, as in the case of Ukraine, has exacerbated the situation.

The costly expansion of NATO and the forced shifting of Ukraine’s borders have not improved the probability of achieving common security or peace. Maintaining military forces and keeping up in the arms race come at a heavy cost both for Europe and Russia. All of us now need those financial resources to mitigate the effects of climate change and today’s pandemic.

Confrontational policies are driving us to the edge of war with both sides blaming the other for the escalation. It is counterproductive for NATO and Russia to address this conflict by adding fuel to the fire and giving hardliners on both sides ammunition for more confrontation. Sending more arms and soldiers to the borders on both sides adds to the see-saw effect that escalates the danger of war and creates a perilous stand-off like in Berlin in 1958 or Cuba in 1962. Sixty years ago, we stood on the precipice of nuclear war and only individual heroic acts, courageous decision-making and luck saved us. Let’s not do that again.

We need to step back and look at this impasse through the eyes of the other. That doesn’t mean we have to accept the other’s opinion or take on their perspective as our own. We should listen to their needs and try to understand them. Let us draw on the wisdom of our forebears who faced similar circumstances during the global confrontation in the 1950s and strove for arms reduction and a nuclear weapons-free zone in Central Europe.

There are no easy solutions to conflicts, but a diplomatic and peaceful solution must be found. The alternative is unthinkable: large-scale death and the destruction of life-supporting infrastructure, nuclear power plants, and the possible displacement of millions of people within Europe. But added to this is the nuclear threat, ever present, that comes with any war between nuclear armed nations. In this conflict, four states possess nuclear weapons and have first strike policies.

We call on all conflict parties to:

We call on all countries in Europe to help to avert war and a humanitarian disaster by proposing and applauding de-escalatory measures.

Our call for a continuous diplomatic effort to solve the political crisis does not mean agreement with certain political positions. We seek to prevent a potentially uncontrollable conflict which might escalate even into a nuclear war.