The dangers of nuclear distraction 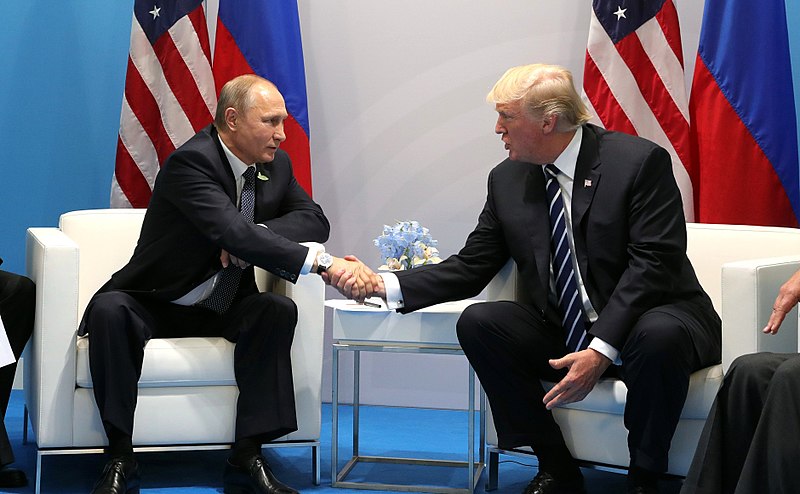 Many nuclear watchers around the world continue to be bemused by the current swings and see-saws of US/Korean ‘diplomacy’; for although widely welcomed, lack of detail and of confidence in either country’s record leave a credibility gap widening with every day of procrastination. The Russian ‘Sputnik News’ reports on Russian and Chinese misgivings in spite of overall acceptance. But enthusiasm in South Korea and Trump’s astonishing admission that the joint US-SK military exercises in the region are ‘very provocative’ provide hope, especially if a peace treaty can, after 65 years, formally end the Korean War.

The EU/US stand-off over Iran has a Korean component. In 2013, Jim Woolsey (Bill Clinton’s CIA Director) gave evidence to the US House Committee on Foreign Affairs of deals between North Korea and Iran involving missile and nuclear technology: although such testimonies underpin Trump’s opposition to the Joint Comprehensive Plan of Action (JCPOA – or ‘Iran deal’ as it is commonly called), US withdrawal from the JCPOA won’t stop covert North Korean/Iranian contacts. In a move to counter American undermining, IPPNW has written to the governments of France, Germany and UK in support of their continued backing of the JCPOA. This will not be easy: for example, the European company Airbus – which relies on US-manufactured spare parts – may be unable to trade with Iran; and the US continues to lobby other European capitals against the JCPOA.

Nevertheless, more profound problems in Russian/US nuclear relations are emerging in spite of their mutual alliance against the Treaty for the Prohibition of Nuclear Weapons (TPNW), which both see as incompatible with their pursuit of ‘security’ (mainly against each other). While Russia supports Iran (in Syria) and the US supports Israel, there is little sign of further nuclear rapprochement. 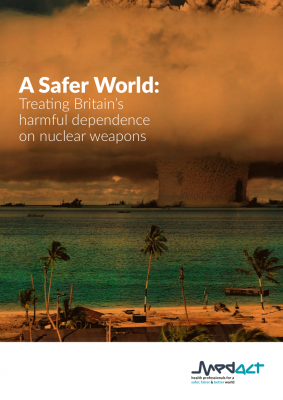 Medact’s report ‘A Safer World’ emphasised the dangers posed by the US Missile Defence Systems (MDS) which are largely perceived by Russia and China to be directed against them  – in spite of US claims that these are directed against Iran and North Korea. Trump’s actions make Russian antagonism to US MDS understandable. The Safer World report also emphasises that ‘deterrence’ is vulnerable to unstable leaders, infiltration by enemy agents, accidents, cyber-attack, or human error; and that it encourages every nation to ‘outgun their opponents’, ‘to have one more warhead, one more technology, and one more failsafe to protect against potential threats’. These ‘outgunnings’ are starkly revealed by the American and Russian programmes to ‘modernize’ their nuclear weapons while nominally keeping within NPT-imposed limits, the bilateral START treaties, and the Intermediate-Range Nuclear Forces (INF) Treaty of 1987.

In ‘Why a complete ban on nuclear weapons is important’’ we indicated the danger of the US B61-12 ‘non-strategic’ (or ‘tactical’) weapon capable of delivering a first strike with greater accuracy, thereby requiring a relatively small yield for ‘bunker-busting’. The Kim-Trump deal won’t influence this. The US Nuclear Posture Review under Trump plans to extend the deployment of low(ish – about 5 kt) yield  nuclear-tipped cruise missiles fired from an updated version of hitherto non-nuclear-armed Virginia-class submarines. Recent articles in ‘Warrior Maven’ highlight the related US policy to use the newest ‘stealth’ technology on attack submarines equipped with cruise missiles carrying ‘first strike tactical’ nuclear warheads (of relatively low yield) as well as conventional weapons (a dangerous ambiguity). For more massive second strikes, the US is collaborating with the UK in upgrading the Trident Mk-4 re-entry body, the part of the ballistic missile that houses a thermonuclear warhead, to Mk-5 with greater yield, for their next generation SSBNs – in the UK, Dreadnought-class submarines, in the US the more versatile Columbia class. Quite apart from falsely assuming guaranteed invisibility or immunity from cyber-attacks, even though technical improvements can be expected, the weak points when relying on nuclear-armed submarines consistently lead to highly expensive and ultimately worthless games of ‘catch-up’.

US Secretary of Defense, Jim Mattis, contradicts the possibility that new tactical weapons ‘lower the threshold’ of nuclear war (make one more likely), claiming that ‘increasing offensive nuclear-weapons attack capability will have the opposite effect … improve deterrence and therefore enhance prospects for peace. Interestingly, Mattis did not distinguish ‘tactical’ from ‘strategic’ weapons (‘any nuclear weapon used any time is a strategic game-changer’) but still insisted ‘it is a nuclear deterrent and must be credible’.

Recent UK experience indicates a hardening of Russian attitudes in pursuing their ‘rights’ – assumed in 2014 and similar to US and UK positions – with more vigour (‘to employ nuclear weapons in response to the use …. of nuclear and other kinds of WMD, as well as …. conventional weapons when its very existence has been threatened’) and has made statements about nuclear weapons that ‘appear to go beyond published doctrine’.  Some Russians describe their policy as ‘Escalating to De-escalate’ while US circles describe it as Escalating to win!

These new policies (or re-interpreted old ones) illustrate an ultimately self-destructive desire to make nuclear war ‘winnable’. It is high time for US and Russia to resume effective two-power disarmament diplomacy and replace over-blown rhetoric with mutual listening and understanding. While expectations from the ‘on/off/on’ US – North Korean summit remain uncertain and the JCPOA hangs by a thread, we should not lose sight of the extraordinary danger of the two nuclear super-powers attempting to outgun each other. While US/Russian diplomacy seems separate from the TPNW, we can nevertheless work for constructive resumption and successful outcomes of US/Korean diplomacy, allowing more sustainable paths such as those offered by the TPNW to be taken.

In the long term (if we get that far) the future for the US and for Russia lies way beyond their current nuclear sabre-rattling. In a highly significant article, Mercure et al indicate that the inevitable decline of fossil fuel industries following climate-change mitigation-induced decarbonisation will leave oil-producing countries, including Russia and US, with ‘stranded fossil fuel assets’. The sooner the nuclear ‘super-powers’ divest from fossil fuels and nuclear arms, even though peaceful transition from fossil fuels will be immensely challenging, the better for the whole world.