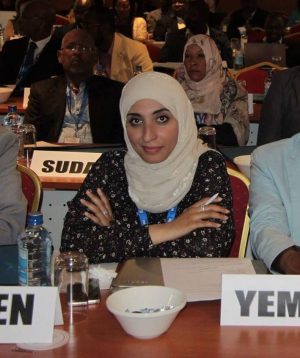 Yemen is suffering from a man-made disaster. The long lasting political instability was caused by the siege and on going war launched by Saudi Arabia and a coalition of Arab states in early 2015. The war has left 22.7 million people in need of humanitarian aid. 3.3 million children and pregnant or lactating women are acutely malnourished, and more than 3 million people have been internally displaced.

Both the war and the siege, have caused the collapse of basic services and institutions. According to a humanitarian report, the Yemeni economy is being wilfully destroyed, the damage to infrastructure and other losses are estimated to be $19 billion. The siege and the continuous targeting of infrastructure has led to unavailability of safe water, decrease in food and essential medicine reserves. This has increased burden on all sectors especially health, where approximately 14.8 million people lack access to basic healthcare and only 45% of health facilities are functioning.[1] Moreover, and only to add to the Yemeni peoples suffering, control of the national bank was transferred to the government of the south, which is backed by Saudi Arabia, and since then, people in northern governorates, who form around 80% of the total population, are being deprived of their salaries.

All the mentioned information has created a very suitable environment for cholera to spread in an unprecedented manner. Since April 2017, 48,4733 cases of acute watery diarrhoea were reported to the health system, of which 1,961 lost their lives[2]. This figure is not at all surprising – cholera is known to be a poor man disease, with the scarcity of safe drinking water and predisposed malnourished population, cholera, as any other disease, spread wildly in almost all of Yemen. If it was not for the international organisations that supported the collapsing health system, the cholera outbreak would have caused more mortalities. With the help of WHO, UNICEF, MSF, WFP and other health partners, the Ministry of Health was able to establish Cholera treatment centres and oral rehydration corners all over Yemen. The Ministry of Water and Sanitation was able to chlorinate water reservoirs and tanks. Yet, more is needed to be done. With the closure of vital airports and seaports, Yemeni people find it very difficult to provide basic and essential medicine to face the outbreak. With the lack of salaries, medical staff are unable to carry their duties and some patients are unable to afford transportation costs to the nearest health facilities. Although the cholera cases have started to decline recently, if there are no serious interventions to improve the health and water and sanitation systems in the near future, the cholera outbreak will most probably re-emerge next year.

The cholera outbreak is not the only burden on the health system. Meningitis and measles outbreaks have been declared in Yemen, and a large number of chronic disease patients such as cancer and renal failure patients are unable to receive treatment due to the lack of medicines. These diseases are merely a symptom of the real problem, which is the war, the siege and the political instability that continues to affect Yemeni people, and unless we address the real problem, cholera outbreak, malnutrition, morbidity and mortality rates will continue to occur in an increasing manner.