The NHS was designed to be a universal health service, free for all that need it. This is no longer the case.

As part of its Hostile Environment immigration policies, the Government has been restricting access to care for some people. This drastic shift away from the founding principles of the NHS is having a devastating impact on patients who are unable to pay. The policy is changing the culture in our health service, making charging for treatment acceptable and opening the door to a system where access to care is dependent on ability to pay.

The policy is unworkable. The Windrush Scandal is the most prominent example of people denied life-saving cancer treatment or deterred from seeking care until they are critically ill. The policy embeds discrimination and racial profiling in the NHS, as people have their entitlement to care challenged on the basis of their appearance, their name, or their accent. There is no evidence the policy saves any money, instead it can lead to dangerous delays in treatment and more pressure on emergency care, at increased cost to the NHS and with much worse outcomes for patients and for the health of the public more generally. You can take action today to help end charging in the NHS. Join us in writing to the Department of Health and Social Care to tell them that we won’t stand by while they force the NHS to deny care to people who can’t pay.

On this page you can write to the DHSC and join the Patients Not Passports campaign to end NHS charging. 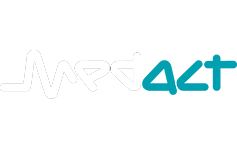 Sticker design by Creative Dissent
We use cookies to ensure that we give you the best experience on our website. If you continue to use this site, we will assume that you consent.OkRead more