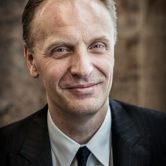 Richard Horton (BSc MB FRCP FMedSci) was born in London and qualified in medicine from the University of Birmingham in 1986. He completed his general medical training in Birmingham before moving to the liver unit at the Royal Free Hospital. In 1990, he joined The Lancet as an assistant editor and moved to New York as North American editor in 1993. Two years later he returned to the UK to become Editor-in-Chief of the Lancet journal.

He was the first President of the World Association of Medical Editors and is a Past-President of the US Council of Science Editors. He is an honorary professor at the London School of Hygiene and Tropical Medicine, University College London, and the University of Edinburgh. He is a Fellow of the Royal College of Physicians and a Founder Fellow of the UK’s Academy of Medical Sciences. Richard has been a medical columnist for The Observer and writes regularly for the Times Literary Supplement and New York Review of Books.