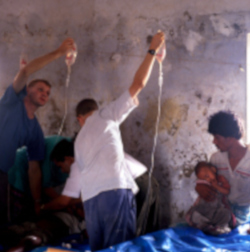 Paul Cotterill trained as a nurse, before specialising in ophthalmics. After work in London and Switzerland he spent several years in Bangladesh, India and Tanzania, primarily with aid agency Concern Worldwide. Returning to the UK in the late 1990s, Paul became involved in urban regeneration and community development work. He lives in Lancashire. He has been a trustee to several charities, including the Lankelly Chase Foundation and has had governance roles in primary and higher education. He is currently Chair of Governors at a secondary school in Skelmersdale, Lancashire. He has also been a magistrate and a Non-Executive Director in the NHS. He still fancies himself as a decent left arm swing bowler, despite being very clearly over the hill. Don’t ever get him on his favourite author, Franz Kafka, or he’ll bore you to tears.