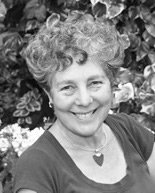 Gill is an Emeritus Professor of International Health Policy situated in the Global Health and Development Department at the London School of Hygiene and Tropical Medicine. Although she has ‘officially’ retired, she is still active in research, but goes into the School only occasionally. She has a PhD from the London School of Economics and Political Science. Before joining the London School of Hygiene and Tropical Medicine Gill worked in the Ministry of Health in Mozambique, and has since worked for short periods in many countries in Southern Africa, as well as other parts of the developing world. She has published widely, taking a special interest in the role of international organisations in health. Her last book, written with colleagues Kent Buse and Nicholas Mays, is entitled ‘Making Health Policy’ published by the Open University Press. A second edition was published in 2012.