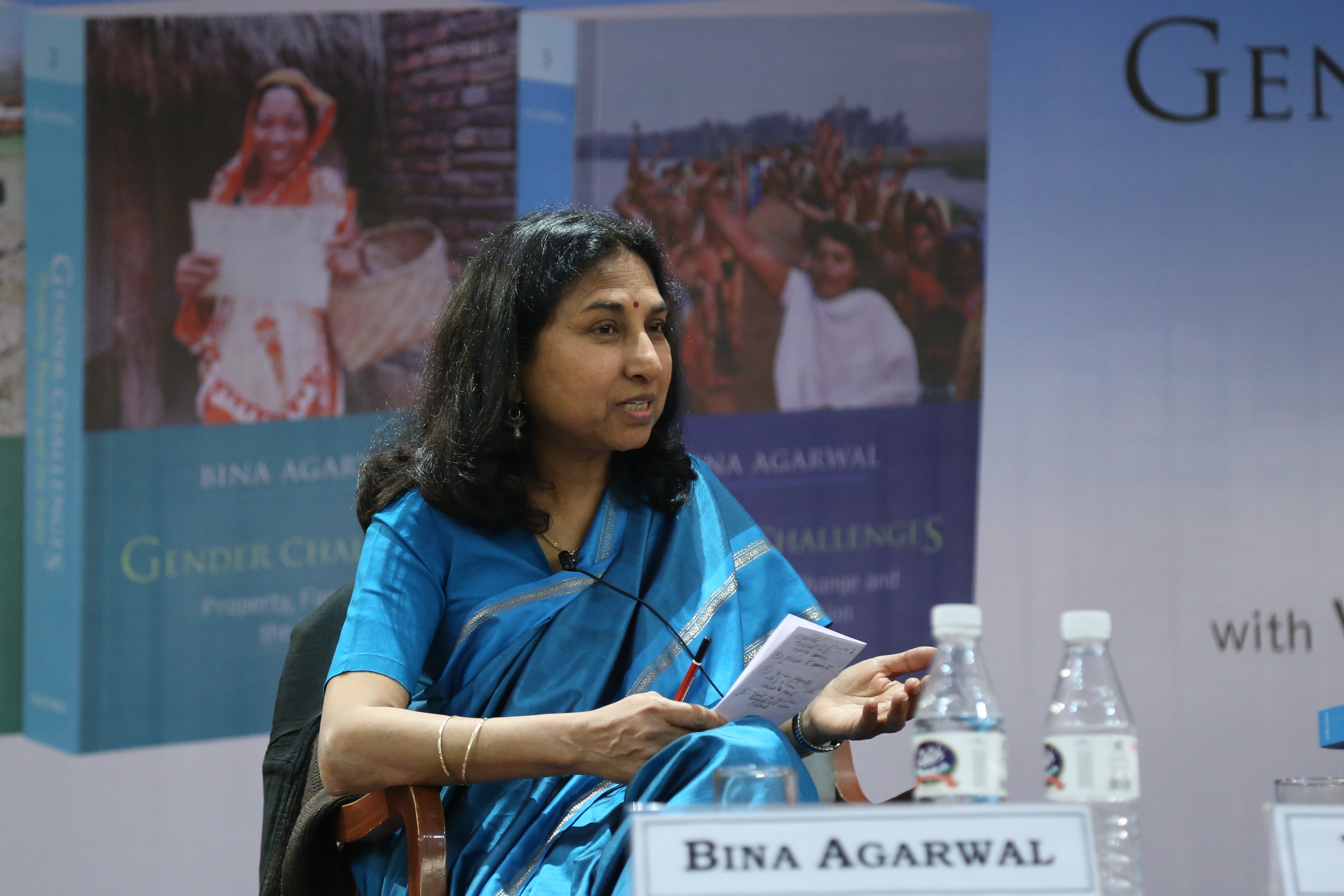 Agarwal’s publications include 13 books and over 80 professional papers on subjects such as land, livelihoods and property rights; environment and development; the political economy of gender; food security; poverty and inequality; legal change; and agriculture, technology and institutions. Her most recent publications are the book Gender and Green Governance (Oxford University Press, 2013 pb) and Gender Challenges, a three-volume compendium of her selected papers, also published by Oxford University Press, 2016.