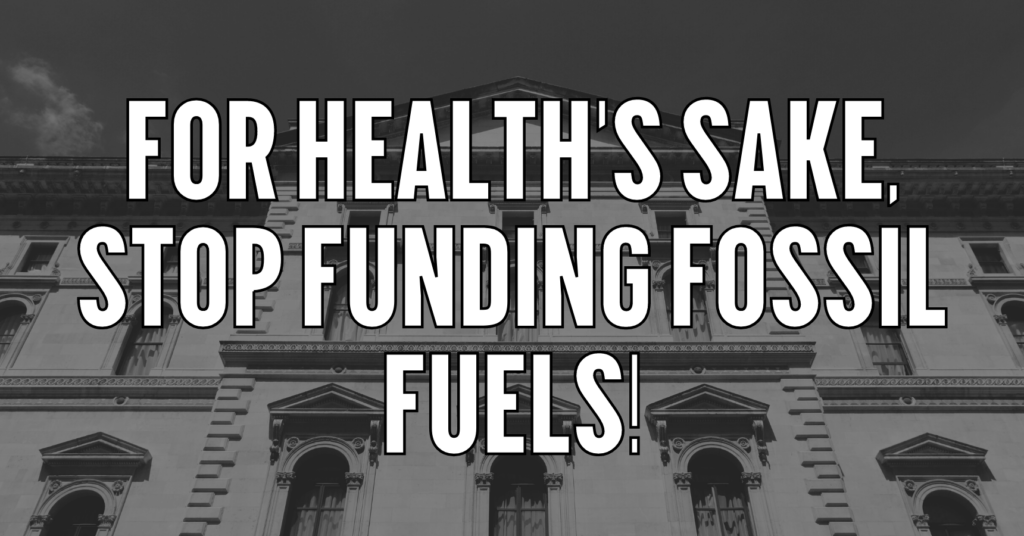 On Saturday 11th June, we’re teaming up with our friends at Doctors for Extinction Rebellion to take the call of the health community for climate justice straight to the UK government on the steps of the Treasury in Westminster. Join us!

Just months after hosting the COP26 climate talks in Glasgow, the UK government greenlit  the construction of the Abigail gas field off the Scottish coast. Now, the even larger Jackdaw field could be weeks away from getting the same approval.

Yet were construction of the Jackdaw field be approved, the gas extracted wouldn’t come online until 2025— the same year that the UN’s Intergovernmental Panel on Climate Change (IPCC) recently warned that greenhouse gas emissions must peak.

Instead of investing in the just transition needed to finally switch off gas in a way that’s fair on workers and dependent communities, the UK government is pushing to have gas reclassified as a ‘green investment’.

The IPCC’s recent report is unambiguous. We are facing our last chance to stave off a climate disaster—the health implications of which would be catastrophic for communities worldwide, especially those already impacted.

Stand with us outside the Treasury on June 11 to bring the call of the health community for climate justice straight to the UK government!