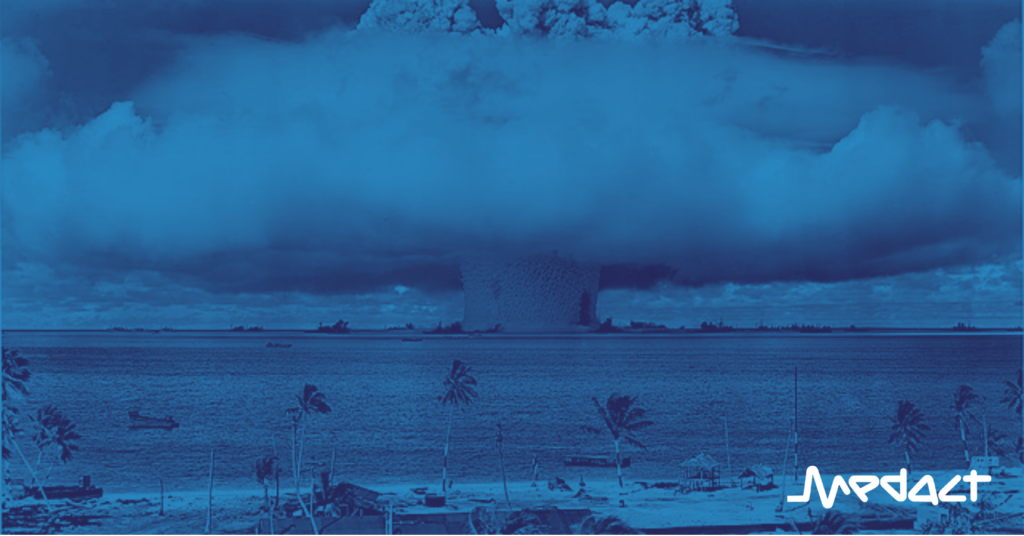 The Treaty on the Prohibition of Nuclear Weapons entered into force on 22nd January 2021, having been ratified by the required number (fifty) of UN Member States (‘States Parties’) – sixty states have now ratified it. The UK government, however, has continued to refuse to engage with the TPNW – and it has shown no intention of attending this incredibly important world meeting as an observer. The first Meeting of State Parties (MSP) is happening 21st-23rd June, and it is essential that the UK government attends and begins to meaningfully engage with the treaty.

The passage of the TPNW is a triumph for international civil society, led by the International Campaign Against Nuclear Weapons (ICAN) which was launched in 2007 and is a sister organisation of International Physicians for the Prevention of Nuclear War (IPPNW). ICAN, working with the UN, played a very significant part in drafting the text of the Treaty, and was awarded the Nobel Peace Prize in 2017.

When Hiroshima and Nagasaki were ‘atom bombed’ in 1945, the blast and fires destroyed all buildings, including hospitals, over about 14 square kilometers: more than 120,000 people were killed immediately and a similar number died of their wounds and radiation exposure during the following three months. Other residents survived into adulthood but suffered life-long health consequences which they were able to describe to subsequent generations.

ICAN was motivated to promote the concept of the TPNW because of these catastrophic consequences and was also concerned about the slow pace of nuclear disarmament despite calls immediately after 1945. Even calls for the five established nuclear weapons states to disarm ‘in good faith’ – as made in the Nuclear Non-proliferation Treaty (NPT) of 1970 – have gone unheeded. All of the five – China, France, Russia, UK and USA (which also constitute the permanent veto-carrying States on the UN Security Council) have ratified the NPT but none have ratified the TPNW. As only ratifying States are bound to the TPNW, these five are not legally bound by it – but the Treaty does provide facilities for any nation to participate in detailed discussions and explore its potential.

The TPNW addresses the failings of the NPT but does not undermine its good intentions: countries such as Brazil and Sweden were discouraged from developing their own nuclear arsenals although, regrettably, Israel, India, North Korea and Pakistan were not. Building on the NPT, the TPNW provides a platform whereby any and all NWS can disarm safely, although obviously constructive diplomatic relationships would be essential.

As with other UN Treaties, states party to the TPNW can send delegates to follow-up conferences which monitor post-ratification developments. The inaugural conference is usually held a year after ratification, but the COVID-19 pandemic forced a six-month postponement of the inaugural MSP so it will be held in Vienna, Austria, from 21 to 23 June 2022. The President-designate of the meeting is Austria’s Alexander Kmentt, who is the Director of the Disarmament, Arms Control and Non-Proliferation Department of the Austrian Foreign Ministry: Kmentt conceived the ‘Humanitarian Pledge’.

On the MSP agenda will be commitments to concrete actions to implement obligations, including the provision of assistance to victims of nuclear weapon use and testing, starting to remediate environments still contaminated by previous tests (Article 6 – radioactive and toxic effects on the environment lasts for decades) and universalising the treaty (Article 12). It will also be an opportunity for States to discuss some of the treaty’s technical details such as setting a deadline for the elimination of nuclear weapons for nuclear-armed states that choose to join (Article 4). It is useful to note that any of the nine current nuclear weapon states can ratify the TPNW even while they still possess nuclear weapons, but by ratifying they are legally bound to follow the processes of disarmament according to the Articles of the TPNW.

Other parties, including government officials from the states armed with nuclear weapons, can attend as observers to the MSP, and indeed are encouraged to do so which enables them to familiarise themselves with – and criticise – details of the Treaty and its implementation. Given the ever-growing urgent need for global disarmament, it would be a travesty if the UK government continues to snub the TPNW. This first meeting of parties is an opportunity for the UK to engage with the process, and it is vital that the government sends a delegation.

Today, on 24 May 2022, a rally of Medact and CND members at the UK Foreign, Commonwealth & Development Office will hand in a letter calling on the government to attend the 1MSP, alongside a letter signed by over 1 million people and endorsed by the Dalai Lama, calling for:

Non-governmental bodies, such as ICAN, are also invited to send observers and commentators to the MSP, thereby opening discussions to a wider audience. Individual members of ICAN and of other NGOs, including IPPNW, Medact, Red Cross, CND and others, are encouraged to attend, and also invited to a pre-MSP conference on the humanitarian consequences of nuclear weapons which will be hosted by the Austrian Government on the 20th June. Interested persons should register: details are on the ICAN website and although the deadline is tight, marginally late applications can be considered.