As states around the world continue to grapple with the coronavirus pandemic, fears are mounting in many places for already disenfranchised and vulnerable communities. In Sri Lanka, a region that has been torn by decades of ethnic conflict and suffers from continued reports of human rights abuses, those fears have been particularly accentuated for the most oppressed on the island, as a spike of infections were reported this month. The government, headed by strongman and accused war criminal president Gotabaya Rajapaksa, has taken on a markedly authoritarian approach to dealing with the crisis. And with coronavirus cases rising once more, that has worryingly placed human rights at further risk.

In early March, as the first case of local COVID-19 transmission was recorded and Colombo geared up to face the crisis, Rajapaksa immediately signalled the militarised path that his regime would follow. He set up a task force to deal with the outbreak and placed the current head of the Sri Lankan army, Shavendra Silva, at its helm. The appointment of Silva, a former wartime commander who is currently subject to a travel ban to the United States over his role in overseeing executions of Tamils, drew widespread criticism. The move, alongside Sri Lanka’s vast military involvement in civilian activities, is deeply troubling given how global bodies including the United Nations have repeatedly warned that the military is in need of reform, and stands accused of committing mass atrocities. 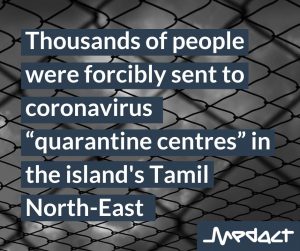 Nevertheless, Rajapaksa, a former defence secretary and military man himself, shrugged off criticism and persisted. Troops were deployed to airports, and an increasing number of checkpoints were set up. Drones and intelligence software, alongside military intelligence officers, were deployed to track down anyone potentially infected with the virus and patients. Mobile phone companies agreed to share information with the state. And thousands of people were forcibly sent to coronavirus “quarantine centres”, set up predominantly in the island’s Tamil North-East. Given the Sri Lankan military’s record of systemic rights abuses, this was deeply troubling. Those who refused, or even absconded, were hounded by the authorities, with their photographs splashed across national media.

Tamil North-East pays a heavy price for the severe lockdown

The makeshift detention centres themselves came under fire from local populations. Though the North-East remains heavily occupied by the Sri Lankan military, with tens of thousands of soldiers stationed in the region, local Tamils braved a crackdown and staged demonstrations demanding the centres be set up elsewhere. Many accused them of being driven by racist policies, with one doctor stating there was “obvious discrimination”. The regime however disregarded local concerns and instead pressed ahead with the centres, going on to take over schools and other educational establishments for more ‘quarantine centres’. 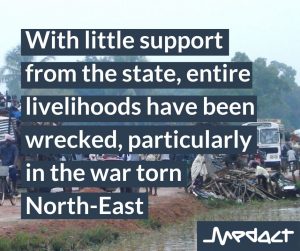 Though social distancing is widely accepted as a strategy to prevent the virus spread, Sri Lanka’s strategy has taken on a more authoritarian twist with a military enforced curfew. With little to no support from the state, entire livelihoods have been wrecked, particularly in the war torn North-East, with families facing starvation as wages and food supplies stagnated. More than 40,000 people have been arrested for alleged curfew violations, with thousands of vehicles seized. And incidents of police brutality and violence have continued. Despite arguments put forward by lawmakers that the curfew did not even hold legal validity, it continued to be enforced in several regions, as part of the state’s coronavirus containment strategy.

Sri Lanka, however, has brushed off those concerns over rights and has claimed that its militarised approach has been the key to its coronavirus success. And though the regime drew initial praise for reportedly containing any major outbreaks, the latest outbreak of hundreds of cases this week raises questions over possible community transmission that authorities have so far denied. 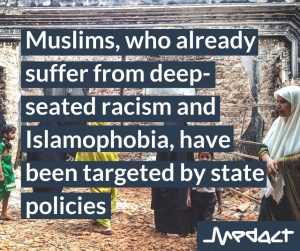 The island’s Muslims, who already suffer from deep-seated racism and Islamophobia, have also been targeted by state policies. The government mandated compulsory cremations for Muslims who had died after contracting the virus, going against Islamic burial practices and World Health Organisation (WHO) guidelines. Some mainstream Sri Lankan media outlets, catering to the southern Sinhala majority, began almost daily reporting on rates of infections within the Muslim community, whilst unsubstantiated rumours were spread that Muslims were gathering in mosques and breaking curfews. The Organisation of Islamic Cooperation (OIC) expressed its concern, calling on Sri Lankan authorities to stand firmly against all parties behind the promotion of hatred, Islamophobia, and anti-Muslim sentiment amidst reports of “escalating hate speech and hostility”. Yet many in the community remain living in fear.

Echoes of Sri Lanka’s violent past 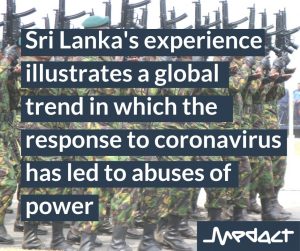 The regime’s highly militarised and politicised approach to a public health crisis has even more sinister undertones. Earlier this year, as Tamils attempted to mark the 11th anniversary since the end of the armed conflict, during which tens of thousands of Tamil civilians were killed largely by government shelling, security forces used the pandemic as an excuse to try and shut down commemoration events. As Tamils gathered to light candles for the dead, armed soldiers arrived and claimed that social distancing was not being followed. Court orders were passed to stop politicians from attending events. And military checkpoints were erected to prevent Tamils from travelling to memorials.

Meanwhile, the Sri Lankan state continues to court the powerful Sinhala Buddhist clergy, promote senior military officers into government roles and even recently announced a Presidential Task Force consisting entirely of military and police personnel to build a “secure country and a disciplined, virtuous, and lawful society”. All whilst the regime seeks to bring about constitutional changes that would see reduce checks and balances, and further authoritarianism.

As Freedom House highlighted last week, Sri Lanka’s experience illustrates a global trend in which the response to the coronavirus has led to abuses of power, the silencing of dissent and an undermining of systems of accountability. This will undoubtedly have long lasting consequences.

Sri Lanka’s approach to dealing with the pandemic is a worrying reminder of the island’s violent past. 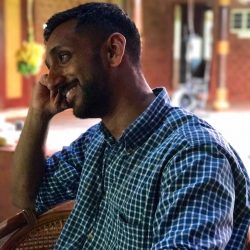 We use cookies to ensure that we give you the best experience on our website. If you continue to use this site, we will assume that you consent.OkRead more