What follows is the text of a letter sent by Medact Member and trainee GP Sarah Alhulail to Dr Liam Fox MP, Secretary of State for International Trade, and a former GP. It follows on from Wednesday’s call by over 200 health professionals for a cessation of UK arms sales to Saudi Arabia, a campaign led by Medact’s Arms and Militarisation group.
Help us to build pressure on Liam Fox by sending a tweet @LiamFoxMP asking him to remember his oath to ‘first do no harm’ and stop licensing arms sales that are used to bomb hospitals and other civilian infrastructures in Yemen, and by sending your own letter to him at [email protected] – – please copy us in at [email protected] .

Yesterday my colleague Ben Clavey, a nurse and medical student, and myself, a junior doctor and GP trainee, handed the Department of International Trade a letter for your attention.

The letter demands the immediate suspension of UK arms sales to Saudi Arabia, and was signed by leading UK medics and over two hundred other health professionals, all concerned by the mounting allegations of war crimes committed by the Saudi Arabian-led coalition.

I wish to explain our motivations further here if you have the time.

As you know, the violent conflict in Yemen began in March 2015. I will not detail the political intricacies to you except to point out that by now we know that all sides involved are implicated in war crimes such as attacks on hospitals, according to multiple independent NGOs.1

What particularly concerns me as a doctor in the UK is the involvement of Britain itself in the war and in attacks on healthcare facilities, through your department’s sale of weaponry to Saudi Arabia.

Since the conflict began, the UK has authorised the sale of up to 3.3 billion pounds worth of arms to Saudi Arabia. In fact, Saudi Arabia are now your biggest customer.

From a business point your department is indeed booming with the UK now climbing the ranks to become the 2nd biggest seller of arms in the world.2

While this may sound like good news for the UK economy, it is extremely alarming for medical peace campaigners in the Health Through Peace movement such as myself and my colleagues, who see the arms trade as a serious threat to global health.

I also suspect it would equally worry the general public to know that our arms customers have included 22 countries out of the 30 countries on the UK’s human rights watch list and that two thirds of arms exports go to the Middle East, a region that is far from demonstrating that peace is achieved by adding ammunition to war.

Our business dealings with Saudi Arabia provide a stark example of the havoc you are capable of unleashing overseas through a stroke of your pen here.

In fact, an independent survey has found that a third of all bombings have targeted civilians infrastructure including hospitals, mosques, weddings, markets and schools. Roads have been shelled, effectively blockading the movement of crucially needed food, fuel and supplies and thereby hindering aid efforts. Over one million Yemenis have fled their homes.

The health impact of this war is simply devastating to a country that was already struggling.

More than 300 000 Yemeni children are now starving and the country as a whole stands on the brink of famine.  The WHO also reports a rise in infectious disease including Dengue, diarrhoeal disease and measles which can only be expected when you bring an entire healthcare system to its knees whilst destroying water and sanitation infrastructure. As a doctor, you must be aware of these horrific implications. 4 5

Even further, the WHO and Médecins Sans Frontières have reported several attacks on healthcare facilities since the beginning of the war. Just last month an MSF hospital in northwest Yemen was hit by an airstrike killing both staff and patients.  These attacks happened despite MSF sharing its GPS coordinates with the Saudi-led Coalition. 6 7

This has led MSF to pull staff from 6 hospitals in North Yemen last month after strongly stating that it is” neither satisfied nor reassured by the Saudi-led coalition’s statement that this attack was a mistake.”8

So make no mistake: You are selling arms to a warring party that stands accused of committing war crimes under International Humanitarian Law.

But I will not simply appeal to you as a politician to uphold our commitments under IHL and the Arms Trade Treaty. The evidence is gathering and the legal pressure is mounting and for that I can direct you to the work of other NGO’s such as Oxfam9, Amnesty10, Campaign Against the Arms Trade11 and the Yemen Data Project12 and the many other legal opinions that caused two British parliamentary committees to recommend the suspension of arms and call for independent inquiry.13 14

I will not even appeal to you as a concerned taxpayer whose taxes subsidise the UK Arms industry and who thus feels directly responsible in this conflict.15

I come to you as a fellow physician instead.

When I became a doctor I took an oath to “First Do No Harm” and I suspect you may also have done. As I am now training to become a GP and you were once also a GP I suspect our paths in Medicine may have started similarly and yet there is now clear divergence.

I believe that as health professionals we have a mandate to foster the peace and security upon which good health can grow, and stand against the drivers of ill health which include war and violent conflict and their root causes.

So Dr Liam Fox, I appeal to the physician in you to uphold the ethical and humanitarian duty of our oath. I ask you to “first do no harm”, to put the lives of innocent Yemenis before profits and stop the UK from enabling this growing health catastrophe.

I will end my appeal carrying the tearful voice of our exceptionally courageous Yemeni colleague Dr Ashwaq Muharram :

“If you don’t die from an airstrike, you’re going to die from being ill and from starvation,” she says. “And the hardest way to die is dying from starvation. I am tired as a doctor, as a mother, and as a wife.” 16 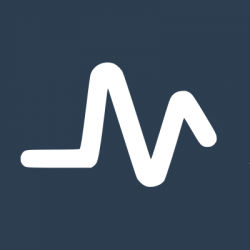 Medact Membership
Medact is first and foremost a membership organisation.

To find out more about membership, visit www.medact.org/membership