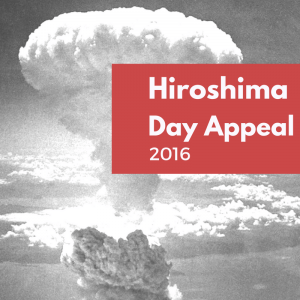 As the majority of countries across the world press ahead to reach a legally binding nuclear weapons ban treaty, the UK government appears determined to replace the Trident system.

Under the present conditions of austerity, spending more than 200 billion over 30 years to procure and sustain a weapons system of mass destruction could not be more profligate.

In today’s world of globalised non-state terror and degrading ecosystems, we know too that nuclear weapons are not a source of protection, but in reality make us less safe.

While Westminster appears wedded to the replacement of Trident, developments in the UN and the views of most people in Scotland indicate that a renewal of efforts to challenge the Trident system is both worthwhile and necessary.

The voice of health experts is vital …

The voice of health professionals in making the case for a nuclear ban treaty continues to be vital.

The International Physicians for the Prevention of Nuclear War (IPPNW) has been an important player in drawing attention to the human and environmental costs of nuclear weapons.

A growing body of research clearly indicates that the humanitarian consequences of even a limited regional exchange of nuclear weapons threatens human survival globally.

The International Committee of the Red Cross (ICRC), working in partnership with governments and civil society, is helping advance the humanitarian case for making nuclear weapons illegal, just as the world has done with biological and chemical weapons, and landmines.

It is a perverse reality that the funds made available to replace our weapons of mass destruction greatly outweigh those that are made available to promote peace and disarmament. But we can do much with little, and we hope you will be able to support Medact to continue growing and harnessing the voice of UK health professionals in pursuit of safety and peace.