Over the last six months, Medact has been developing a project looking at the long-term health impacts of recruiting adolescents into the UK armed forces. The UK is one of a handful of countries worldwide, and the only country in Europe or amongst the UN Security Council Permanent Member states, to recruit 16 year olds into the armed forces.

Although the UK armed forces do not deploy minors on the frontline, under 18s have been deployed to war zones in error on at least 22 occasions between 2003 and 2010. Multiple UN experts and UK parliamentary bodies such as the UN Committee on the Rights of the Child and the UN High Commissioner for Human Rights have recommended that the minimum recruitment age be raised to 18 years, the UK age of majority. 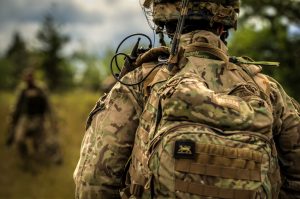 Recruitment of minors into the UK armed forces often takes place in schools, and particularly in disadvantaged areas. The American Public Health Association has called for an end to military recruitment in public elementary and secondary schools in the United States, saying:

‘There are public health reasons to be concerned about military recruitment in public elementary and secondary schools. Adolescent recruitment targets are at a vulnerable stage of brain development and may experience adverse health consequences from stress. Given their limitations in judging risks at this stage in life, they are also unable to fully evaluate the consequences of making a choice to enter the military.’

Medact is collating research on the psychological impact of minors recruited in the UK who are later deployed in the field of combat. We are also concerned by the military training environment.

As part of this project, we are looking to work with child psychologists and child development experts. If you know of individuals who might be interested to work on this project with us, please ask them to get in touch with Medact’s Peace & Security Officer, Rhianna Louise.

Click here to read more about armed forces recruitment practices in the UK.