If Owen Paterson was your GP, would you look for a new one?

Owen Paterson is the Minister for Environment, Food and Rural Affairs and therefore leads on government policy with regards to global warming. But his reaction to the latest report on the physical science of climate changed by the Inter-Governmental Panel on Climate Change (IPCC) raises questions about his fitness to play this vital role. If his attitude towards the care of the planet were transposed to a GP caring for a patient, would I advise the patient to find another GP?

The reason for bringing this up is because Medact has produced and released a summary and discussion of the IPCC report. We did this because the IPCC’s own summary of their 2000+ page report was hard to read. So we produce an alternative that we hope is more accessible – but without ‘dumbing down’ the complexity of climate science.

We also felt that a summary needed to be written specifically for the ‘health community’. First, because ‘global warming’ is possibly the biggest public health threat the world faces (and perhaps we need to see the health of the planet as being as important as the health of our patients). Second because climate scientists need (and want) to share their knowledge with other scientists and professions as ultimately the response to global warming requires multi-disciplinary input. Third because the ‘health community’ is a segment of the wider public that should provide greater civic leadership in dealing with the problem of ‘global warming’.

You need to read the Medact summary. It shouldn’t take more than 30 minutes. But it should be enough to give you the required evidence and information to understand the extent to which the planet is heating up; how this is destablising the climate, raising the sea level and acidifying our oceans; and why this is happening. The report also provides some explanation about our current levels of scientific certainty concerning global warming and climate change. 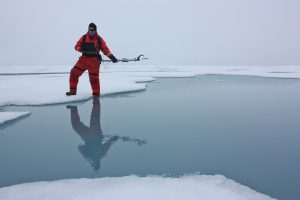 This is important because there is much misunderstanding and misinformation about.A recent survey conducted by the UK Energy Research Centre suggests that the public has grown more skeptical and confused about global warming and climate change even though science leaves no doubt about the fact that the earth is warming and that greenhouse gas emissions are a major cause.

Perhaps public scepticism and confusion is not surprising given Owen Paterson’s reaction to the IPCC report. According to him, “people get very emotional about this subject” and “should just accept that the climate has been changing for centuries”. Although he accepts global warming as a fact, his view is that the IPCC report “shows a really quite modest increase” in temperature and that “for humans, the biggest cause of death is cold in winter”. He also suggested that global warming could bring benefits by extending the growing season of crops in Europe.

There are several problems with these statements even if we leave aside the apparent dismissal of the fact that global warming is a global problem and that climate change is already negatively affecting the lives of millions of people. It’s true that the climate has been changing for centuries – there is a natural variability to the climate. But he appears to downplay the rapid changes to the climate that have resulted from the relatively recent and unprecedented level of greenhouse gas emissions of the recent past. This is one of the key messages of the IPCC report: Limiting any further disruption and destabilisation of the earth’s climate and weather systems, as well as further ocean acidification, will require substantial and sustained reductions of GHG emissions.

Does Paterson misunderstand the science? Is he misrepresenting it? Or is he simply being overly-complacent? These are relevant questions. We know that there is a well-funded and organised campaign to undermine acceptance of climate science; and that it has sought to influence the understanding and views of politicians across the world.

Paterson’s views do not compare with the kind of flat-earth thinking demonstrated by some members of the US Congress, nor with the views of top business advisor to Australia’s Prime Minister Tony Abbott who accused the IPCC of “dishonesty and deceit” while claiming that the trend of rising global temperatures is a fallacy. But Paterson’s views should, at the very least, concern us – least of all because we appear determined to continue burning fossil fuels in spite of the warnings issued by the IPCC.

But read the IPCC report or Medact’s summary and form your own conclusions. In my view, if the earth was a person and if the evidence of climate science were clinical symptoms and signs, I would be sending it to hospital for immediate treatment. Owen Paterson, instead, would appear to be saying: “take an aspirin and don’t call me in the morning”.

David McCoy
Professor of Global Public Health at Queen Mary's, University of London
David is a public health physician and academic, and former Director of Medact.