Courtney McNamara on Tackling Obesity: Should the UK take Public Health Cues from the US

A new report from the Royal College of Physicians (RCP) notes that nearly a quarter of the UK population is obese, a figure of expanding waistlines which trails only the US. Given the RCP’s objective of improving clinical conditions, it’s not surprising that the report focuses on the medical aspects of addressing obesity, concluding that “the healthcare system in Britain must adapt to the demands of an increasingly obese nation”. However, in its recommendations for action, the report also directs attention beyond the boundaries of clinical care by calling for a national leader to spearhead obesity prevention efforts and to maintain a spotlight on the growing obesity crisis in the UK. According to Professor John Wass, chair of the working party that produced the report, this national leader should be someone like First Lady Michelle Obama, or New York City Mayor, Michael Bloomberg. Wass says,

“I think we could have a senior figure in London, rather like the mayor of New York, who has led on having smaller measures of Coca-Cola in cups and other things. Michelle Obama has had a huge effect on obesity and getting things labelled.” 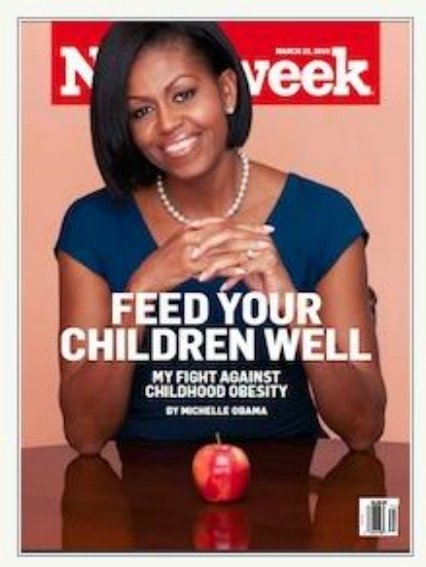 Leadership is certainly a crucial aspect of achieving public health goals; but are US leaders focused on the right messages when it comes to addressing obesity?

It is now widely acknowledged among public health professionals that efforts aimed at addressing obesity must account for the broader context within which personal choices are made. As Professor Lindsey Davies, president of the Faculty of Public Health, notes

“Obesity is not only caused by how much we each eat or drink: if tackling it were as simple as telling people to eat less and move more, we would have solved it by now. Our chances of being obese are also affected by factors like whether we have easy access to affordable fruit, veg and other healthy foods, and if it is safe to let our kids play outside.”

More fundamentally, obesity is also influenced by the broader structural determinants of health that create socio-economic inequities. The structural determinants of health can be thought of as the policies which create unequal distributions of resources important for health, resources which influence people’s social position like, income, employment, education, knowledge, and power.  In rich countries for example, compelling evidence links obesity to the distribution of income across populations. In countries where the gap between the rich and the poor is wider, we find higher rates of obesity.

Authors, Gore and Khotari (2012) differentiate between three types of policy initiatives when the aim is to improve nutrition and increase physical activity. Initiatives can either be:

The authors argue that the most effective initiatives are those which are based at the structural-level and that public health “should not settle for programs that bring about changes in lifestyle and the immediate environment”.  In fact, it is noted that individual and environment-based initiatives may have potentially negative impacts on health equity by differentially benefiting those who are better positioned to take advantage of the initiatives. This has been the case with many smoking cessation campaigns which target services at the individual level. For example, in a smoking cessation program run by the NHS, the quit rate for the most disadvantaged smokers was only half of that achieved in the highest socio-economic group, despite equal access to the services. A potential explanation for this is higher nicotine dependence among the most socially disadvantaged. Other studies have similarly shown that “anti-smoking messages have been more successful with better off people”.

So where do Michelle Obama and Mayor Bloomberg’s obesity initiatives fall among Gore and Khotari (2012) characterisation of health living initiatives?

Michelle Obama gained her leadership role in the US with the creation of Let’s Move: a campaign that aims to end childhood obesity through better nutrition and increased physical activity. Let’s Move conceptually recognises obesity as a multi-faceted socio-economic issue but is exceedingly an environment-based initiative which aims to improve the contexts in which personal choices surrounding nutrition and physical activity are made, for example, by improving the quality of food within schools and building playgrounds to promote greater physical activity among children. 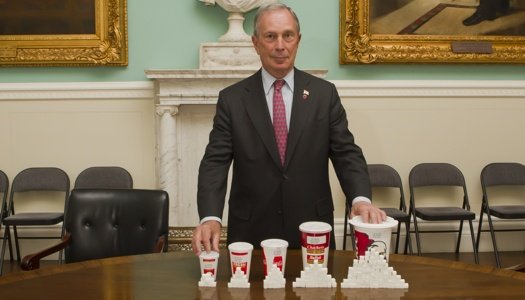 Mayor Bloomberg is famed in certain public health circles for instituting a ban on large-sized sugary drinks in New York City. This initiative is also, categorically, environment-based since it aims to alter the context in which people make their decisions about what they drink.

While both Michelle Obama and Mayor Bloomberg’s initiatives are sensitive to the fact that people’s choices are shaped by their environments, neither tackle the fundamental, structural determinants of health. It is also worth noting, as discussed in a previous Healthy Policies post, that the Mayor’s initiative should be considered within a broader health agenda, one in which he is noted to have denied the links between income inequality and health.

Indeed if leadership is sought to improve obesity rates, the UK should not be taking cues from the US but from health and nutrition proponents within its own borders.

The UK is much more advanced in terms of the attention that is given to the structural determinants of health. This is especially true when compared to the US where public health efforts continue to compensate for the negative impacts of public policies rather than identify them as the sources of health problems. For example, Sir Michael Marmot is professor of epidemiology at the University College of London, and a well-recognized leader in the structural determinants of health;  UK-based academics Kate Pickett and Richard Wilkinson authored the widely discussed Spirit Level, a book which very much directs attention to the structural determinants of health.  In terms of nutrition, UK food campaigners and experts have drawn attention to the role of rising food prices and shrinking incomes in both increasing

people’s consumption of fatty foods and in reducing their intake of fruit and vegetables; especially for those with the lowest incomes.

Therefore while the call by the RCP for an obesity-focused figurehead seems appropriate, the UK would be better suited to find leaders whose messages are more closely aligned with health proponents found within its own borders rather than those across the pond.

Courtney is the founding editor of Healthy Policies. She has a Masters in Health Inequalities and Public Policy from the University of Edinburgh, and is continuing her research as a PhD candidate at the University of York (UK), investigating the ways in which trade and social policy interact to influence population health. Prior to her post graduate work, Courtney worked with community-based health equity organisations in Seattle, Washington.