Thank you to everyone who supported the appeal!

The funds raised will be strategically used to grow the medical peace movement in the run up to the 2015 peace and disarmament conference; and ensure that health professionals remain concerned by, and active in speaking out against, militarism, nuclear weapons and the international trade in arms. 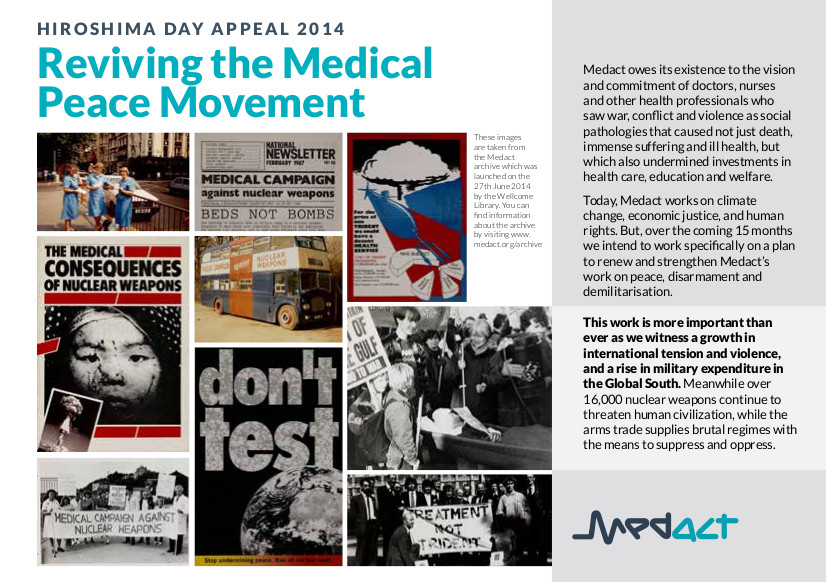 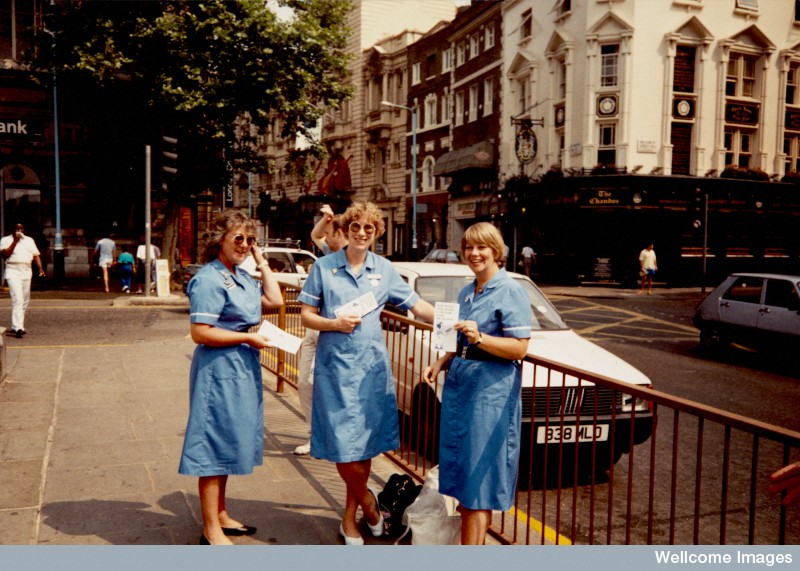 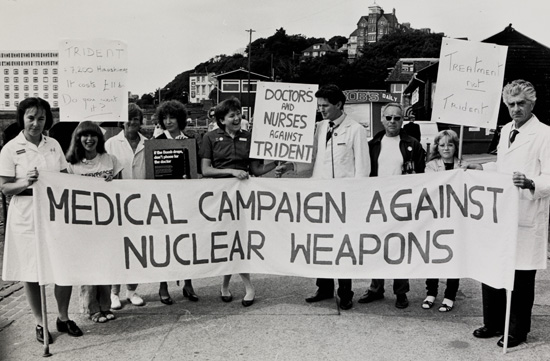 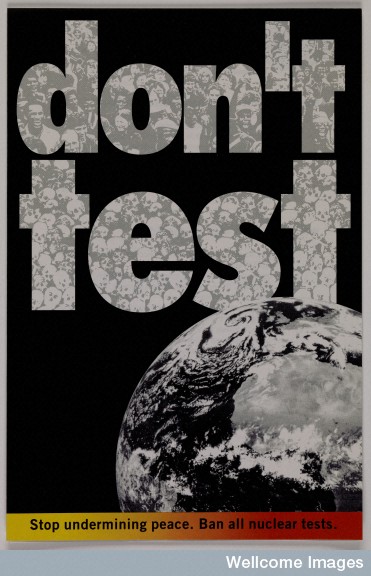 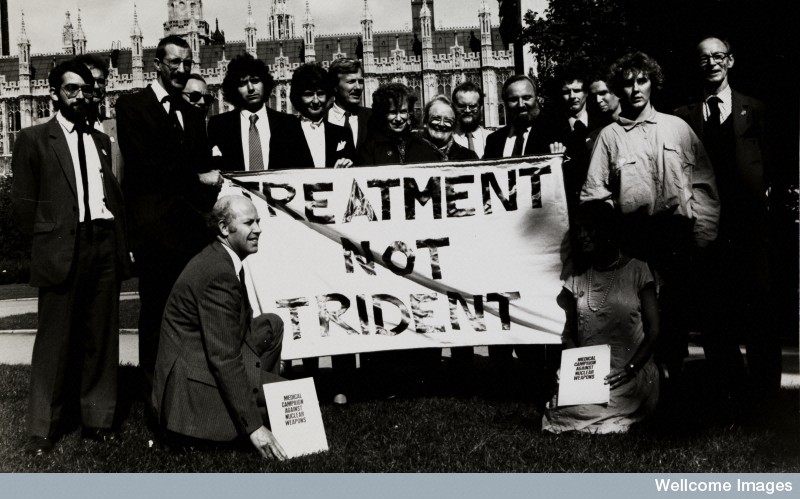 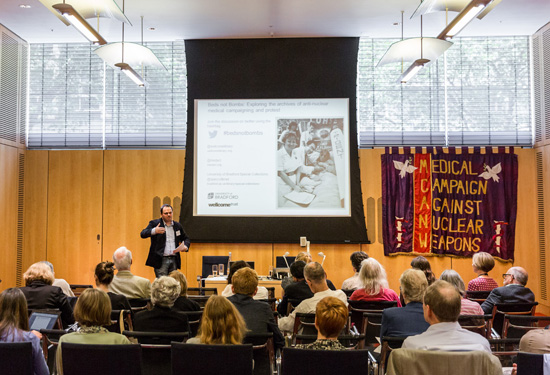 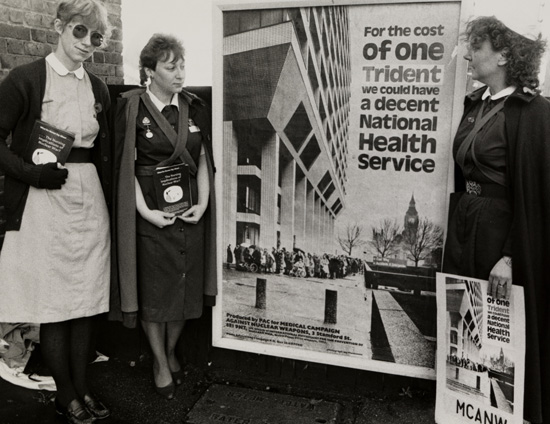 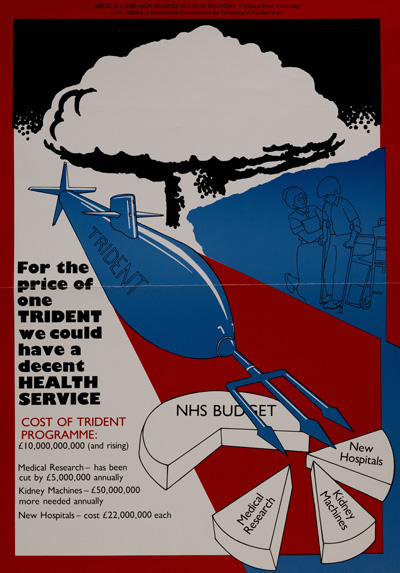 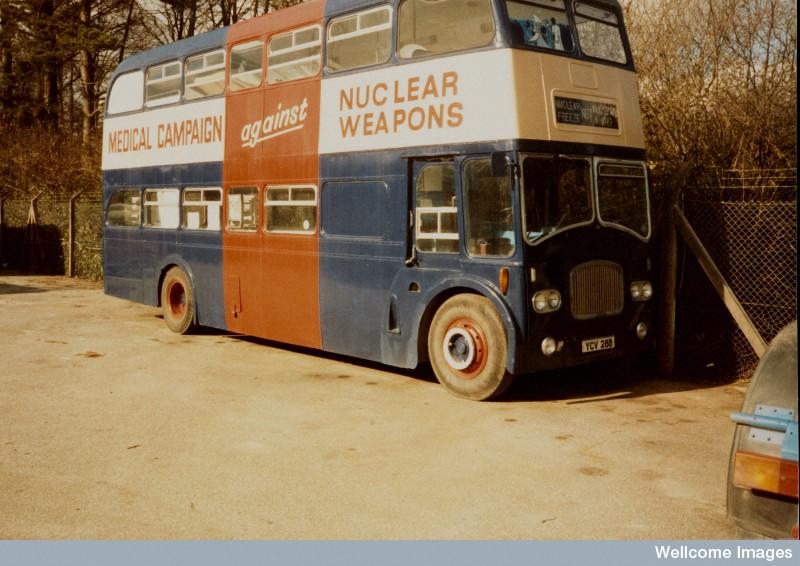 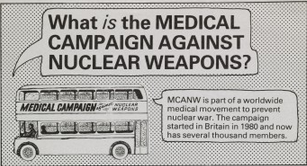 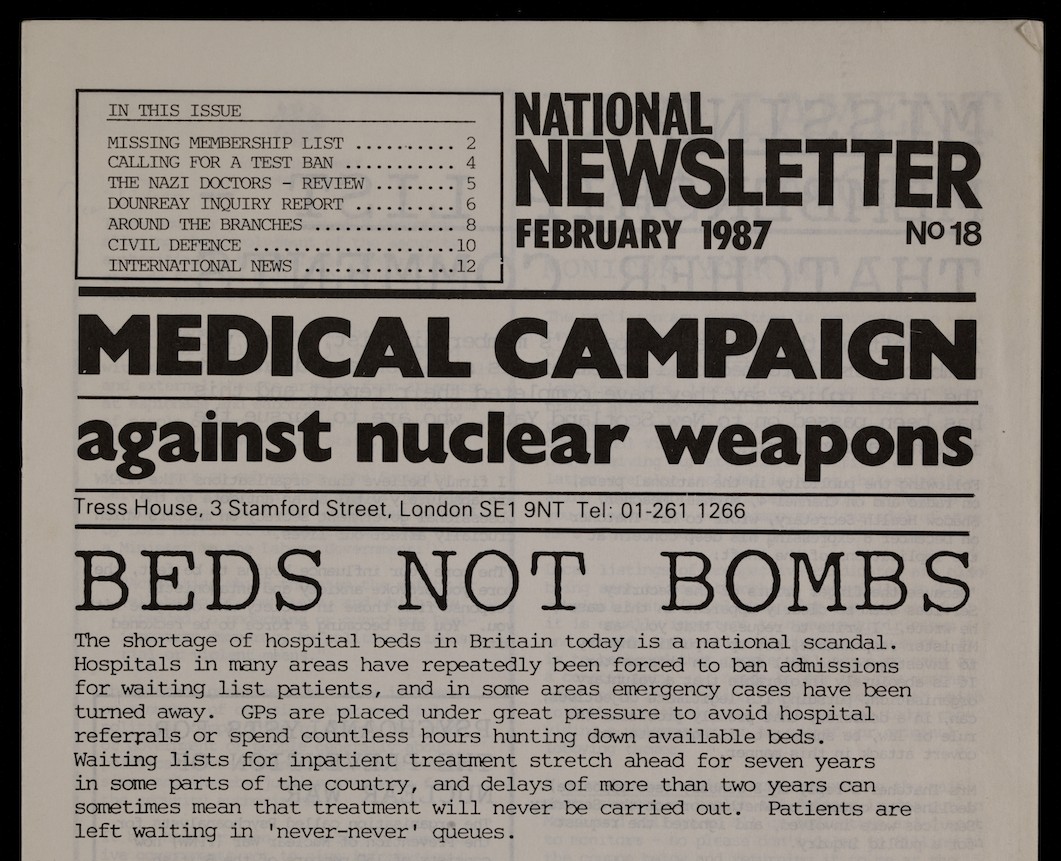 The images above are taken from a bigger collection of historical material on the history of the medical peace movement in the UK. This material has been archived by the Wellcome Library. You can find out more about Medact’s archive here.

Medact owes its existence to the vision and commitment of doctors, nurses and other health professionals who saw war, conflict and violence as social pathologies that caused not just death, immense suffering and ill health, but which also undermined investments in health care, education and welfare.

Today, Medact works on climate change, economic justice, and human rights. But, over the coming years we intend to renew and strengthen Medact’s work on peace, disarmament and demilitarisation. Reviving this work is more important than ever as we witness a growth in international tension and violence. We are also seeing a rise in military expenditure in the Global South. Meanwhile over 16,000 nuclear weapons continue to threaten global security and the arms trade continues to supply brutal regimes with the means to suppress and oppress.

This year, our Hiroshima Day appeal is tied to a broader plan to regalvanise the health community’s role in promoting peace and demilitarisation. We want to enthuse a younger generation of health students and professionals to campaign against nuclear weapons, the arms trade and reckless military expenditure. We want the leaders of the health profession to speak out against the causes of war and conflict.

Health professionals have an important contribution to make to debates around the renewal of Trident, the arms trade and the growth of militarism in society. We also wish to draw the deep connections between militarism, weapons and conflict, and social injustice and climate change.

To do this, we will be organising a major two day peace conference which will take place in November 2015. We wish to run this in partnership with the Wellcome Trust, Quakers in Britain, Campaign Against Arms Trade, the University of Bradford, the British Medical Association, and the Royal College of Nursing.

Thanks to your support, over the past six months we have: