The Prevent duty in the NHS: implementation and impacts

As part of Medact’s work on peace, security and health, we are beginning to look at the impact of counter-terrorism policies in the NHS. In particular, we are interested in the Prevent duty – the part of UK counter-terror strategy that asks public sector workers, such as NHS staff, teachers and social workers, to identify those deemed to be at risk of radicalisation.

We will begin research into the possible effects and impact of the Prevent duty in healthcare on both practice and on patients. We will use our findings in advocating for a system of security that puts individual and public health at its centre. Below, we give a broad overview of the Prevent duty and its reception to date.

What is the Prevent duty?

After the terrorist attacks in July 2005 in London, which saw 52 people killed and hundreds of others injured, the Labour government developed a new counter-terrorism strategy called CONTEST. ‘Prevent’ was one of five strands to this new strategy, created in 2006 with the aim of stopping people from becoming terrorists and supporting or sympathising with terrorism.

In July 2015, the Counter Terrorism and Security Act enshrined Prevent as a legal duty on public bodies including local authorities, schools, further and higher education institutions, social work and the NHS. This places a statutory requirement on these institutions to demonstrate that they “have due regard to the need to prevent people from being drawn into terrorism”.

In practice, this means that these institutions must provide training for all members of staff on the so-called signs of radicalisation and how to respond if these signs are spotted in an individual – whether a student, patient or even colleague. Staff are then encouraged to report suspicions of individuals at risk of being radicalised to the safeguarding leads in the institution, who then make the decision as to whether the report is serious or credible enough to take to a multi-agency panel in the local authority called ‘Channel’. This panel ultimately comes to the decision as to whether the individual in question should go through a ‘voluntary’ deradicalisation programme.

Extremism as part of the Prevent strategy has been defined as “vocal or active opposition to fundamental British values, including democracy, the rule of law, individual liberty and mutual respect and tolerance of different faiths and beliefs.” This conception of extremism in and of itself has been subject to much critique, and despite seeming to accord with liberal democracy, is clearly open to a broad range of competing interpretations.

The so-called markers of radicalisation that public workers are encouraged to look out for are undeniably vague and similarly open to broad interpretation. In an educational setting, for example, these markers consist of:

Taken from Educate Against Hate, a Department of Education- and Home Office- developed website.

Guidance for mental health services has highlighted that “vulnerability to radicalisation” may be identified by a complex interaction of “involvement in criminality, family influence, failure to integrate, or a sense of grievance or injustice.” The Prevent Training and Competencies Framework for NHS England states that: “Staff must be able to recognise signs of radicalisation and be confident in referring individuals who can then receive support in the pre-criminal space.”

These suggested signs of radicalisation provided by the government and the requirement for public sector workers to report those in the alleged ‘pre-criminal space’ has elicited both controversy and scrutiny from across different sectors of society.

Many, including the Royal College of Psychiatrists, have criticised the lack of evidence for the ‘model’ of radicalisation and markers of vulnerability adopted by the UK government and thus public services. Others have also highlighted that some markers suggested can and do reflect symptoms of common mental health disorders such as depression, and may lead to increased levels of surveillance and stigmatisation of those seeking mental health support. Research from Warwick University published earlier this year showed that some mental health trusts in England are blanket screening all patients for signs of radicalisation, which, in the words of forensic psychiatrist Dr. Adrian James, risks sending out “a strong stigmatising message” and implying “that people with mental health illness are a group apart.” 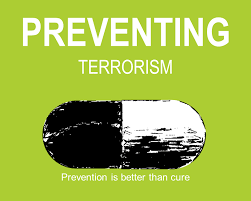 This brings us onto a crucial point of contention regarding the Prevent duty in healthcare: the risk that the implementation of such a policy may deter those with health issues from seeking or continuing with treatment. Educationalists, human rights advocates and health professionals have claimed that the duty creates a ‘chilling effect’ that both represses free and open speech, and may lead to crucial information being withheld by students and patients.

One of the most oft-cited criticisms of Prevent is the perceived targeting of Muslim communities within the fabric of the published guidance, the trainings for staff and the resultant practices. Stories of young Muslim children reported under Prevent for mispronouncing the words “cucumber” and “terraced house” (allegedly mistaken by the teacher for “cooker bomb” and “terrorist house”) have fuelled criticisms of the stereotyping and discrimination that is a result of the duty. According to government figures from this year, 61% of those referred to the Prevent programme were a result of suspected susceptibility to Islamist extremist radicalisation – despite the overall population of Muslims in the UK constituting just over 4% (2011 Census). A 2016 report by the Institute of Race Relations analyses 15 cases of primary and secondary school students reported under the Prevent duty, with religious, ethnic and racial discrimination playing a part in the vast majority of the cases.

However, the UK government claims that the Prevent duty itself is aimed at all forms of extremism, with the Home Office this year releasing updated figures of those reported under the Prevent duty due to concerns over ‘far-right’ radicalisation. The figures released show a 28% increase in referrals for suspected far-right radicalisation in 2018 up from the previous year – a point that the government is happy to announce. With a 40% increase in reported hate crime in 2018, three quarters of which is deemed to be ‘race hate’ and over half of all ‘religious hate’ targeted at Muslims, it is clear that far-right activity is on the rise.

Prevent and the duties of health professionals

With our research, we are interested to learn how the Prevent duty interacts with the other duties of health professionals.

Many Prevent and counter-terror officials believe that the duty sits alongside ordinary safeguarding duties – with safeguarding leads in institutions such as hospitals and schools often being the initial port of call for Prevent referrals.

In our work campaigning against ‘overseas visitors’ healthcare charges in the NHS, however, we have heard from health professionals that they feel the new duty placed on them to identify the eligibility of their patients to free treatment is in direct conflict with their duty toward their patients.

In our work we will seek to examine how the Prevent duty may or may not impact on the duties of doctors, as outlined by the General Medical Council (GMC), namely:

How to get involved

We are keen to hear from health professionals within the NHS about their experiences of and thoughts about the Prevent duty and whether and how it might impact on their practice or profession, and their patients. As a part of this, we intend to conduct a survey and focus groups of professionals in the coming year across the UK.

If this area of work interests you, please contact [email protected]